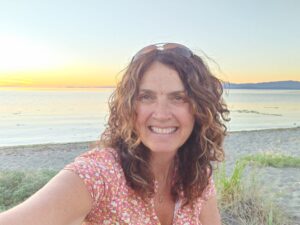 Laurie works with individuals and couples and in June 2017 she received training through the International Collaborative Divorce Society to be a Separation and Divorce Coach.

Laurie comes to her work as a therapist and coach from an experiential orientation first. She is a registered social worker and has worked in communities throughout Vancouver Island including many First Nation communities. She has a lot of life experience and passion for helping others resolve the inhibitions that prevent full enjoyment of life.

Love, work, and knowledge are the wellsprings of our lives, they should also govern it. Wilhelm Reich